India-China relations, a year after Galwan

In June 2020, PLA troops “surprised” India in the Ladakh sector of the contested LoAC (line of actual control) where the Indian Army lost 20 lives, including that of Colonel Santosh Babu in the Galwan valley.

In a welcome move, Defence Minister Rajnath Singh on June 12 approved a revised policy on how India compiles, archives and disseminates its war documents and related history. As per the new policy, once an operation/war is completed, the first cut of history is to be prepared and disseminated for internal circulation within five years. Whether this first draft of history is to be placed in the public domain or not, will be determined on a case by case basis, depending on the sensitivity of the operation/war. Predictably, the Henderson Brooks-Bhagat report relating to the 1962 war with China, which is still under wraps, will not be part of the new policy. Apparently, another committee will take a view on previous wars. 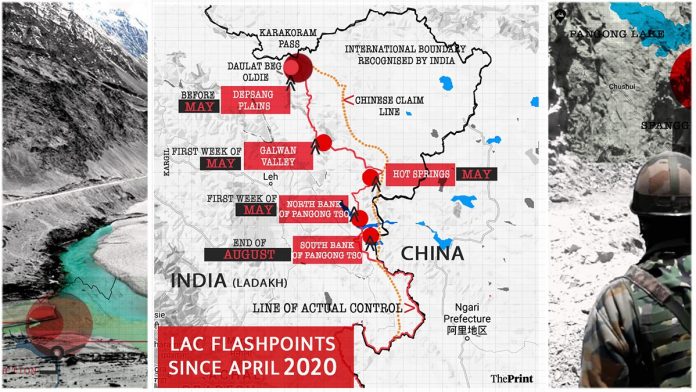 In June 2020, PLA troops “surprised” India in the Ladakh sector of the contested LoAC where the Indian Army lost 20 lives, including that of Colonel Santosh Babu in the Galwan valley. The PLA also lost their troops, though the official number admitted is only four personnel.

Galwan is a major punctuation in the troubled bilateral relationship and India has come off second best in the Ladakh “scuffle”. Delhi has to contend with an altered LoAC and a Beijing that has decided to violate the 1993 Jiang Zemin-Narasimha Rao agreement. Carefully shaped narratives about the military defending national sovereignty and territorial integrity are crucial for any political leadership — authoritarian or democratic — and Galwan has special salience for both China and India.

While India has interpreted Galwan as a case of Chinese perfidy and places the onus on Beijing to restore the status quo, the view from China is very different. In the run up to the July 1 centenary of the CCP (Chinese Communist Party), the PLA action against India is being projected as a case of guarding the border and defending the motherland.

A Chinese flag “once raised on Pangong Lake” is being taken by elite PLA troops from units posted along the LoAC to educational institutions to stoke pride in military and muscular nationalism, wherein the military reiterates its allegiance to the party as represented by President Xi Jinping. The CCP in turn has accorded unto itself the sacred duty of defending the territoriality of the motherland and Galwan is being accordingly consecrated.

India’s narrative about Galwan remains opaque and there has been no detailed official statement from the Ministry of Defence on the current tactical situation in Ladakh. PM Modi’s statement soon after the Galwan incident (June 20, 2020) that, “No one entered Indian territory nor were Indian posts taken” has set the obfuscation template about transgressions by the PLA.

Recently in May this year, the Army Chief General M M Naravane noted in an interview: “There has been no transgression of any kind and the process of talks is continuing.” If indeed there has been no “transgression” then what is the meaning of insisting on a return to the pre-Galwan status quo?

From a policy perspective and in keeping with the latest directive about military operations and narratives, the Galwan anniversary should encourage the government to set up an independent panel of experts to review the institutional lapses that led to an altered LoAC in the Ladakh sector.

Concurrently, Delhi will need to objectively review and anticipate what the PLA may embark upon next. Beijing has staked an expansive territorial claim that includes Arunachal Pradesh and the completion of the Lhasa-Nyingchi high-speed railway network by end June has multiple tactical and strategic implications. This railway line would terminate at a point that is less than 15 kilometres from the LoAC north of the Tuting sector in Arunachal Pradesh.

Galwan could have a silver lining if it encourages Delhi to review its China narrative in an objective and unvarnished manner and craft affordable and effective long-term strategic/security policies that are not clouded by political compulsions.