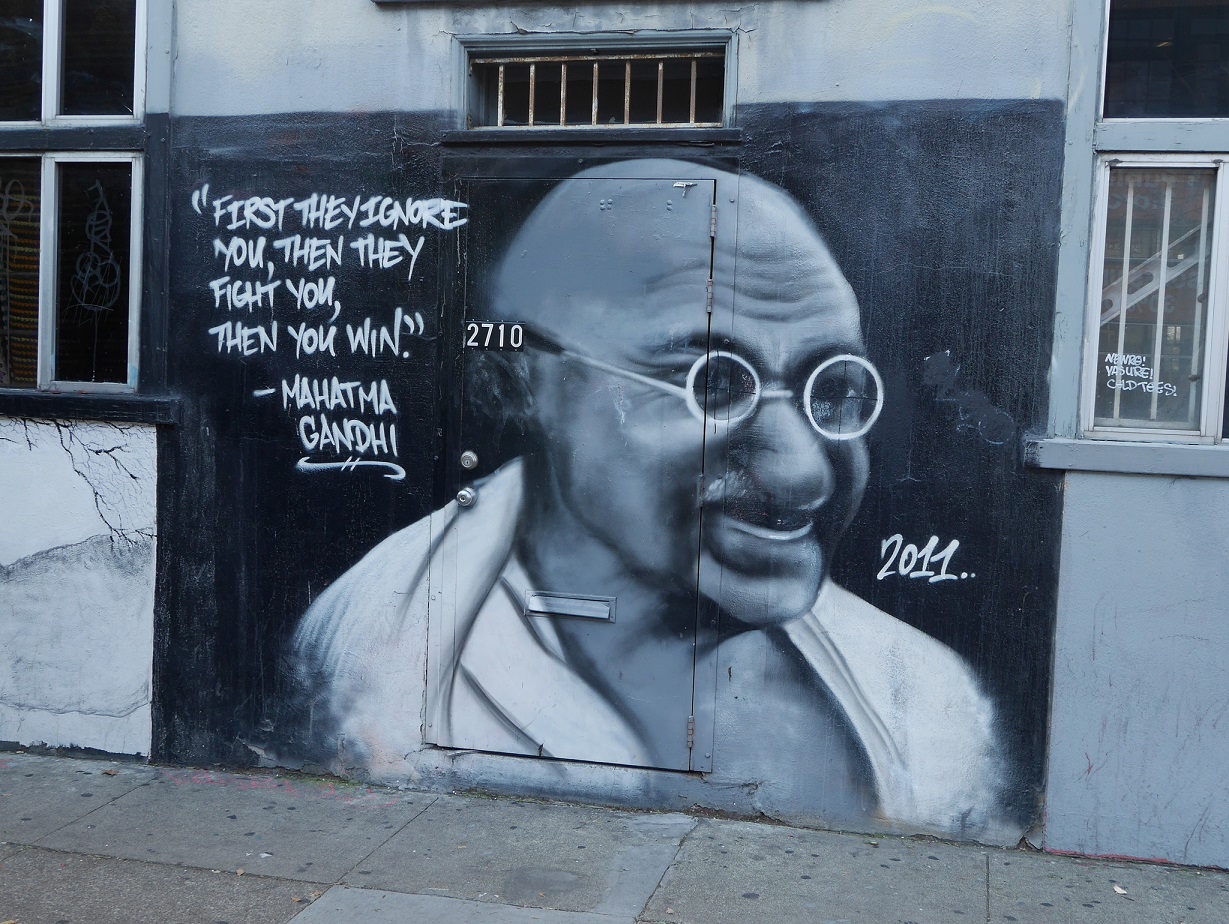 In the post-Gandhian era, environmental problems surfaced at a breakneck speed with large-scale and indiscriminate industrialisation leading to environmental hazards and degradations. Mahatma Gandhi’s critique of modernity reveals his concern about the emergence of a social order that exploits nature for short-term gains. He had written widely about the need for human beings to exercise restraint with respect to the use of natural resources. His “counter-thinking” is now increasingly becoming a mainstream thought with greater awareness of the environmental problems.

Troubled by unrestricted industrialism and materialism, Gandhi had foreseen a time when the resources of the earth will not be enough to meet the growing demands of the people.

GANDHI’s Vision and Values is meant to be a serious exploration into the contemporary meaning of Hind Swaraj and the kind of possibility it indicates for agricultural practices in rural India. Hind Swaraj herein refers to Gandhi’s text and also to India’s last 50 years as an independent country.

The principal concern, in the words of the author, is to see if it would be possible to reconstruct a “harmonious, poverty-free, non-violent and self-reliant society” on the basis of ethical principles marked by Gandhi’s Hind Swaraj and his experiments with the agricultural communities.

Pinto’s argument unfolds at three related planes. The first section explores the cognitive significance of Hind Swaraj as a text. Another section seeks to clarify the significance of Gandhi’s own attempts, as also of various individuals, to work out in practice the basic principles marked in Hind Swaraj. The third section is a “Gandhian critique” of the experiment with planned agricultural development in independent India.

If one were to present Pinto’s work as a coherent argument, one could begin by saying that the third section is really the starting point of the argument. It spells out in distressing detail the worsening condition of agriculture in India. Most of the people still depend on agriculture and nearly 40 percent of them live below the poverty line.

After Independence, India chose to adopt the path of planned development. It was seen as a more humane and speedier way of securing a decent living for the millions of poor in the country. But, 50 years later, agricultural productivity still remains low.

Most of these grim details about peasant life and agriculture are fairly well-known. What is relevant is to see how the author proceeds to establish a kind of link between Gandhi’s text, his experiments and the present state of agriculture in the country.

Gandhi, while rejecting modern civilisation as a mode of life and work, invoked agriculture, charkha and the village as metaphors for sane human living. Pinto seeks out the implications of Hind Swaraj for agriculture as it could be practised in India. The citations from Gandhi’s writings on swadeshi as an idea of service and sensitivity to the needs of proximate communities is appropriate. The varied range of writings and case studies make interesting reading.

To Gandhi, the practice of agriculture signified a promise of limitless reach. The act of breaking and tending the soil carried within it an ageless quality. It signified a mode of work and being which, while sustaining life, could nurture an ultimate sense of meaning and worth. At this point, one could perhaps question the Hind Swaraj principles on two accounts:

– What is one to read into the fact that Gandhi, the creator of institutions, never sought to create one devoted specially to the practice and science of agriculture; and

– What about Gandhi’s silence on the practice of shifting cultivation, which at several levels is so close to the fundamental principles of Hind Swaraj?

Mahatma Gandhi never used the words environment protection. However what he said and did makes him an environmentalist. His writings are replete with remarks on the excesses of industrial society. Political psychologist and social theorist Ashis Nandy has written extensively on Gandhi. In a freewheeling chat with Kaushik Das Gupta he spoke on Gandhi’s vision of social change, his critique of industrialisation and the way movements draw inspiration from Gandhi.

We often talk of two visions of development, the Gandhian vision and the Nehruvian vision. What is the fundamental difference between the two?

Social change is possible without development. Society did not stop changing before the idea of development was coined. President Truman was not such a great thinker that the concept he enunciated is indispensable to human societies.

Many activists who are against big developmental projects talk of following the Gandhian way. Your comments

Gandhians have tried to take head on some major assumptions of development. Those who challenge key aspects of development are doing us a service. They are resisting the framework in which we are caught.

Many of the solutions to the current environmental problems are actually within the purview of industrialised society. But there are others who talk of a path other than that of industrialisation. Is Gandhi’s vision in sync with such alternatives?

Gandhian vision is now seen as an inspiration, as a source, for many enterprises that offer alternative to industrialisation. These movements began in the 1980s.

Lech Walesa, the Polish shipyard trade unionist who later headed Poland’s non-Communist government, read Gandhi after people started calling him Gandhian. So did Benito Aquino. Gandhism has become a part of the process that offers alternatives to industrialisation. There are as many varieties of Gandhians as Marxists or liberals. Gandhi is a contemporary hero who is accessible—he was not a religious leader, yet religion has a big part in his politics, he was an ascetic but open to practical ways.

A lot of the de-growth movement, which believes progress is possible without economic growth, takes inspiration from Gandhi. Your comments?

I won’t use the word ‘progress’ because that is a contaminated word. The colonisers used the word progress. But yes, positive social change is possible without economic growth. And Gandhi has been an inspiration for such movements. However, we should also remember that most of the de-growth movement has taken place in societies which are over-consuming, exploiting nature and over-arming themselves—all these are hardly markers of good life.

I don’t think the hedonism associated with globalised capitalism is conducive to human happiness. Many communities have lived in poverty—but not destitution—and they haven’t been unhappy about it.

There are alternative visions but there is little by way of putting them into practice—except the endeavours of a few grassroots organisations. Your comments?

Yes, many with alternative vision keep away from the party-based political system. But they are part of the political process. The movement against dams is part of our political process. We need a group outside party politics to rate parties, rate individual candidates on yardsticks of honesty. We need an impartial agency to do that. For example, Uttar Pradesh has a system where bureaucrats vote on who the most corrupt bureaucrat is.