Strobilanthes is a shrubby flowering plant that belongs to the Family Acanthaceae and is placed as the second largest genus in this family. The genus comprises of about 350 species mostly native to tropical Asia and Madagascar.

The Indian subcontinent has nearly 150 species, out of which 59 are seen in peninsular India. The genus has shown uniqueness in territorial distribution as well as in ecological status. The most distinctive feature of the genus is its monocarpic or semelparous character (the plant has only one chance to reproduce in its life time) with synchronized gregarious flowering.

Flowering occurs after a predetermined period, after the plant has attained a specific age of physiological growth. However, the periodicity of flowering varies from species to species.

In Kerala we have approximately 40 species of Strobilanthes, of which the Eravikulam National Park alone holds 20 species with the richest species diversity and abundance in Peninsular India.

Eravikulam, with its innumerable biodiversity values, cloud-embraced majestic mountains, incredible valleys, pristine, dark green sholas and on the whole the grandeur of many microclimatic ‘types might have contributed to the emergence of the maximum diversity of this genus. Its significance pertains to the niche, habitat specificity of the genus, their close-knit intricacy with shola-grassland ecosystem and their degree of vulnerability.

Though many studies have been done and still more are ongoing regarding the reproductive strategies, floral traits, pollination biology, philological, genetic, physiological and medicinal characteristics, species distribution etc. This genus has still more chapters of mystery yet to be revealed.

Blessed with the rare strobilanthes species, the National Park has a varied range of flora and fauna. Orchids are one of the specialties of this park. There are around 29 Species of mammals out of which 5 are endemic to the Western Ghat’s.

The Nilgiri Tahr, Gaur, Sloth Bear, Nilgiri Langur, Tiger, Leopard, Giant Squirrel and wild dog are common. Half the world’s population of the endangered Nilgiri Tahr lives here. Panthers are usually sighted in the open grasslands while Civet cats and Jungle cats live in the Sholas.

There are also 140 species of birds of which 10 are unique to the Western Ghats. The Atlas moth, the largest of its kind in the world can be seen in this Park. More than 100 varieties of butterflies have been recorded here. 20 species of amphibians can also be found. 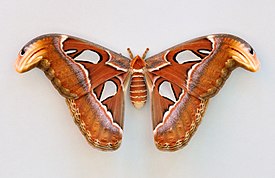