Dutch artist Daan Roosegaarde has come up with an innovative plan to tackle Beijing’s air pollution problem – and in doing so, turn a health hazard into a thing of beauty.

After a pilot in Rotterdam, the Smog Free Project is coming to China. The project consists of two parts. First, a 7m tall tower sucks up polluted air, and cleans it at a nano-level. Second, the carbon from smog particles is turned into diamonds. Yes, diamonds. 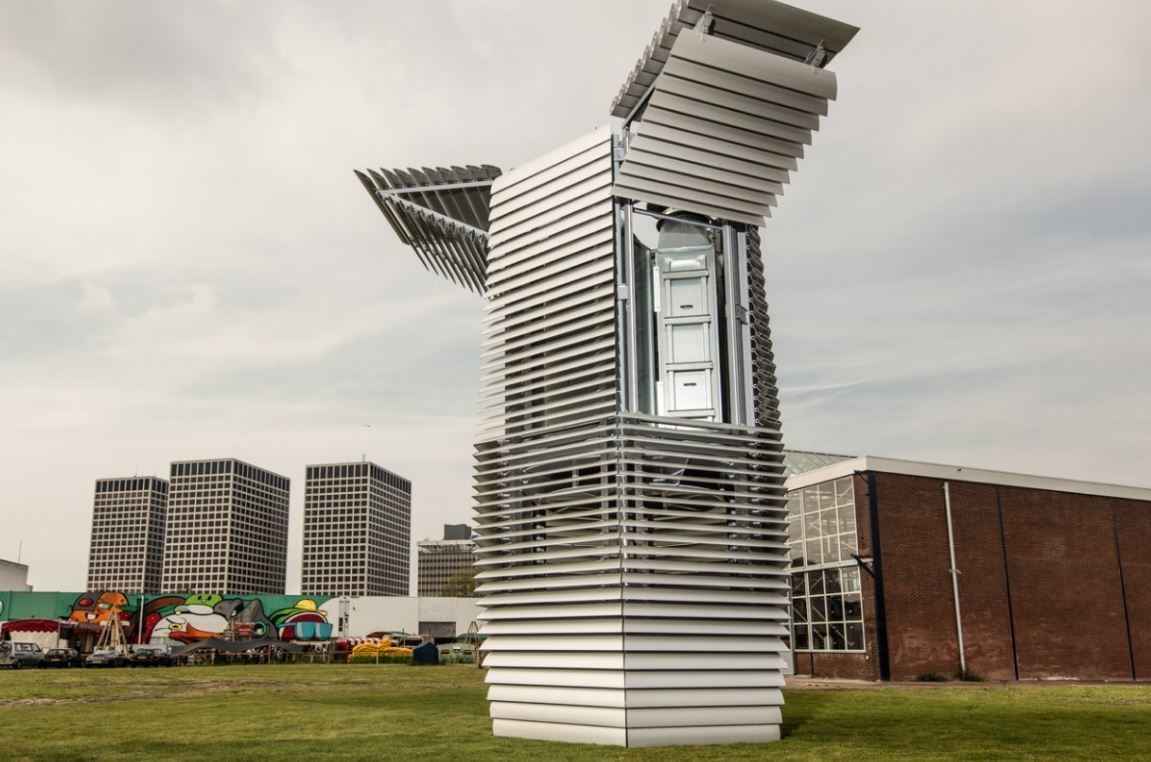 An idea born in Beijing

Roosegaarde explained how the idea for the project came to him while he was looking out of a Beijing hotel window.

“On Saturday, I could see the world around me, the cars, the trees, the people. But on Wednesday it was completely covered in smog, with pollution, and that image made me a little bit sad.”

Ultimately, we’ve created environments that none of us want, he said. Where children have to stay inside, and where the air around us is a health hazard. Now though, in the city where he conceived the idea, and with the help of the Beijing government, Roosegaarde has launched his project in China.

The towers suck up polluted air, and clean it, releasing it back into parks and playgrounds. And according to Roosegaarde, these areas are 70-75% cleaner than the rest of the city.Following Beijing, the project is set to tour other Chinese cities.

From smog to diamond

The other aspect of the project will see the captured smog transformed into diamonds. 32% of Beijing’s smog is carbon, which under 30 minutes of pressure can be turned into diamonds.

“As a designer, I’m like, this [the Beijing smog] is something we should use, this is something interesting,” he said. “In the future waste should not exist.” The money raised by jewellery made with these diamonds will go towards supporting the development and building more Smog Free towers.