Editorial – Society Watch – Bastar beyond Maoists: tale of a rich region and its poor people !!!

For all of us in the 21st century, Bastar is a landscape of forests, tribals and a bloody battleground for security forces and the armed insurgents known as Maoists. One way, it is a landscape of perceptions. Unless one ventures into this area in Chhattisgarh.

From Jagdalpur to Dantewada, the road meanders through dense sal forests. Often wild fruit-bearing trees and medicinal plants appear. Posts of the Central Reserve Police Force are visible within short distances of each other. People generally refuse to go to these places after daylight.

Of the many fallouts of insurgency a critical one is the way it has affected the lives of some of India’s poorest people—the adivasis predominant in this area. Stories of their everyday life, their needs and aspirations have been subsumed into the dominant narrative of insurgency. Pressing issues of malnutrition, healthcare, clean water and education have largely remained on the sidelines.

Bastar’s geography is its history. Apparently, some three billion years ago life took shape here. The plant and tree species we see now are ancestors to the first sprouts of life in what we call India. It was still a separate geological plate and India at that point of time did not look like what it is today. The tribals were not there but the plants and trees were busy preparing the ground for them to appear much later.

Bastar has that fabled Abujmarh, or the unknown hills, covered with 3,900 square kilometres of forests. It was only in 2009 that the government opened access to these hills. They were out of bounds since the 1980s. It is arguably the place where one can experience pre-agriculture life. The forests host tribes like the Gonds, who do not have a word for “future” and “breakdown”. Many of the tribes have numbers only till seven. It is a life that existed more than 10,000 years ago.

Bacheli, one of the two most important iron ore-mining sites of the National Mineral Development Corporation (NMDC) is in Dantewada. Bacheli lies in the foothills of the Bailadila Range, an ecological hot spot and famous for its high-quality iron ore deposits. The corporation has been mining iron ore in Bailadila since the early 1960s. At present, it has five operational leases spreading over 2,553 hectares of forested area. In 2015-16, it earned a royalty of Rs 577 crore. Last year, the earning was Rs 953 crore, says District Commissioner Saurabh Kumar. The district has enjoyed such handsome earnings for years now.

But the richness of the red ore has escaped a large section of the population here. On the main road through Bacheli, a signboard boasting “Indian Coffee House” points in the direction of NMDC township, a pocket of affluence. Just on the other side, a few kilometers inside, people walk a considerable distance for a pot of water. 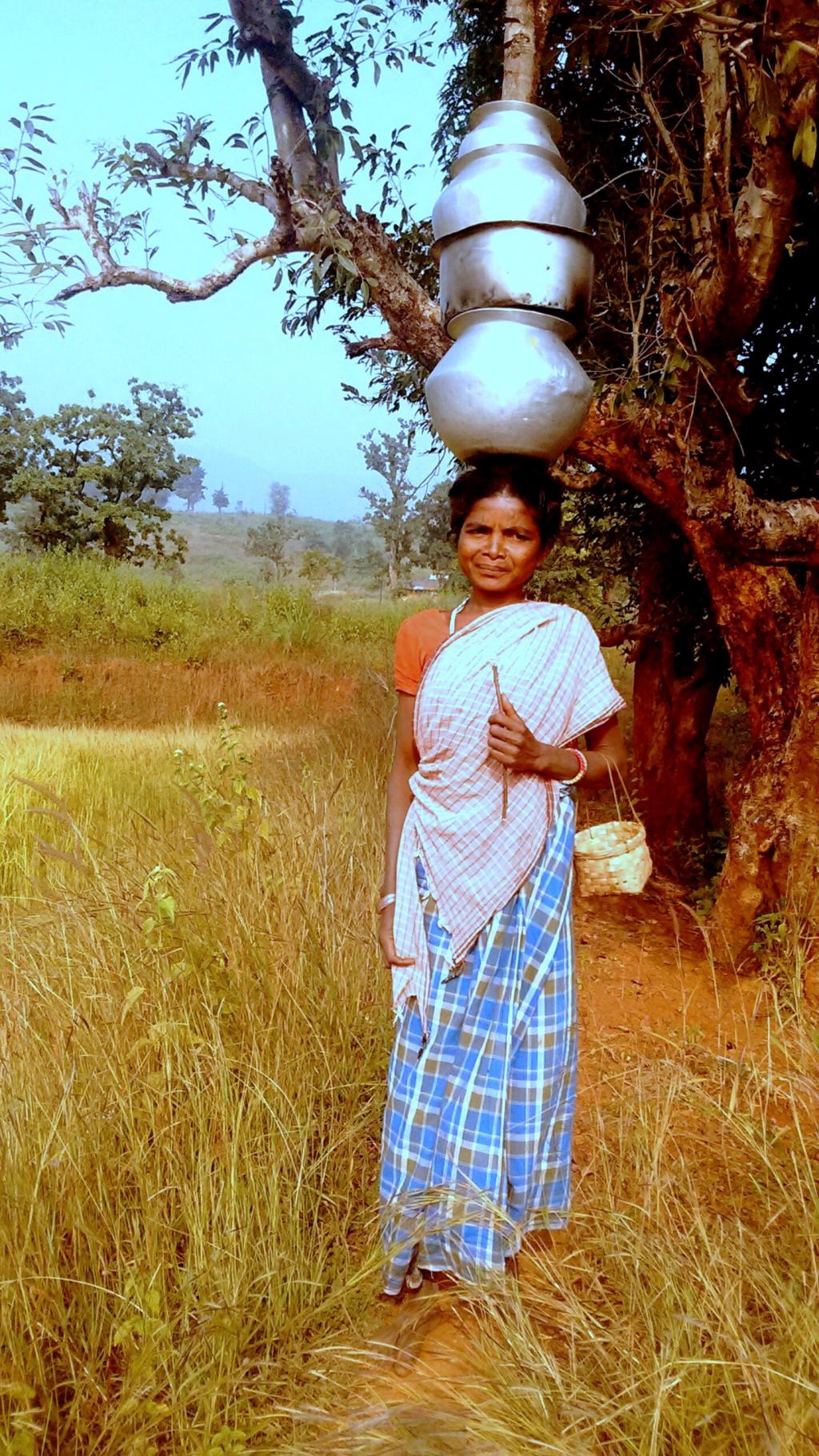 People in the region do not trust the quality of water in the hand pumps. Instead, they rely on the stream water brought by pipelines. A common sight in Parapur, a sparsely populated tribal village in Bacheli, is women with handis (pots) on their heads going to fetch water.

Only about two per cent of the rural households have access to treated tap water in Dantewada. As per official data, 84 per cent households in the region “rely” on hand pumps. But the hand pumps in the village are mostly non-functional. Wherever the hand pumps are functional, people are apprehensive of the quality of the water. They fear the reddish water contaminated with iron ore.

Dantewada has only 11 PHCs for a population of 533,638, of which 82 per cent is rural. This means there is roughly one PHC per 48,500 people. Even these few centres rarely have full time doctors.

Equally challenging is the health and nutrition support to children and women in the villages. “While there are anganwadi centres, nutrition education among the workers and the monitoring of nutrition and growth are not up to the mark,” .

Rapid Survey on Children by the Ministry of Women and Child Development, in Chhattisgarh, about 38 per cent of tribal children below five years are underweight, while 44 per cent suffer stunted growth, it reads.

Home is where the school is not

Staying in school hostels set up by the government in and around the bigger villages and town centres is an accepted way of life for many children in Bastar today.Schools in interior villages are sparse. “Even where there are buildings, a major problem is the availability of teachers.

Middle schools are a bigger challenge. “Typically, children have to walk about 5 km to reach middle schools. In the hilly terrain that is difficul.Another problem is that children drop out of school by the time they graduate to middle school. The teachers in these schools are mostly non-tribals from other places. They teach in Hindi. They do not know the Gondi and Halvi languages that the children speak. This hinders learning and also creates a sense of uneasiness.

The safe havens for children are being created at a distance, so children have to leave home.

The gloomy statistics notwithstanding, the people here must be cherishing hope. A striking thing about the tribals is how beautifully they paint their life after death. In the graveyards in the villages and along the roads, some of the tombs, particularly of tribal leaders or significant people, have rich and detailed engravings—their portrait, politics, favourite habits.

They seem to nurture life in death. One can paint death so beautifully only if the life is rich, if there is hope. 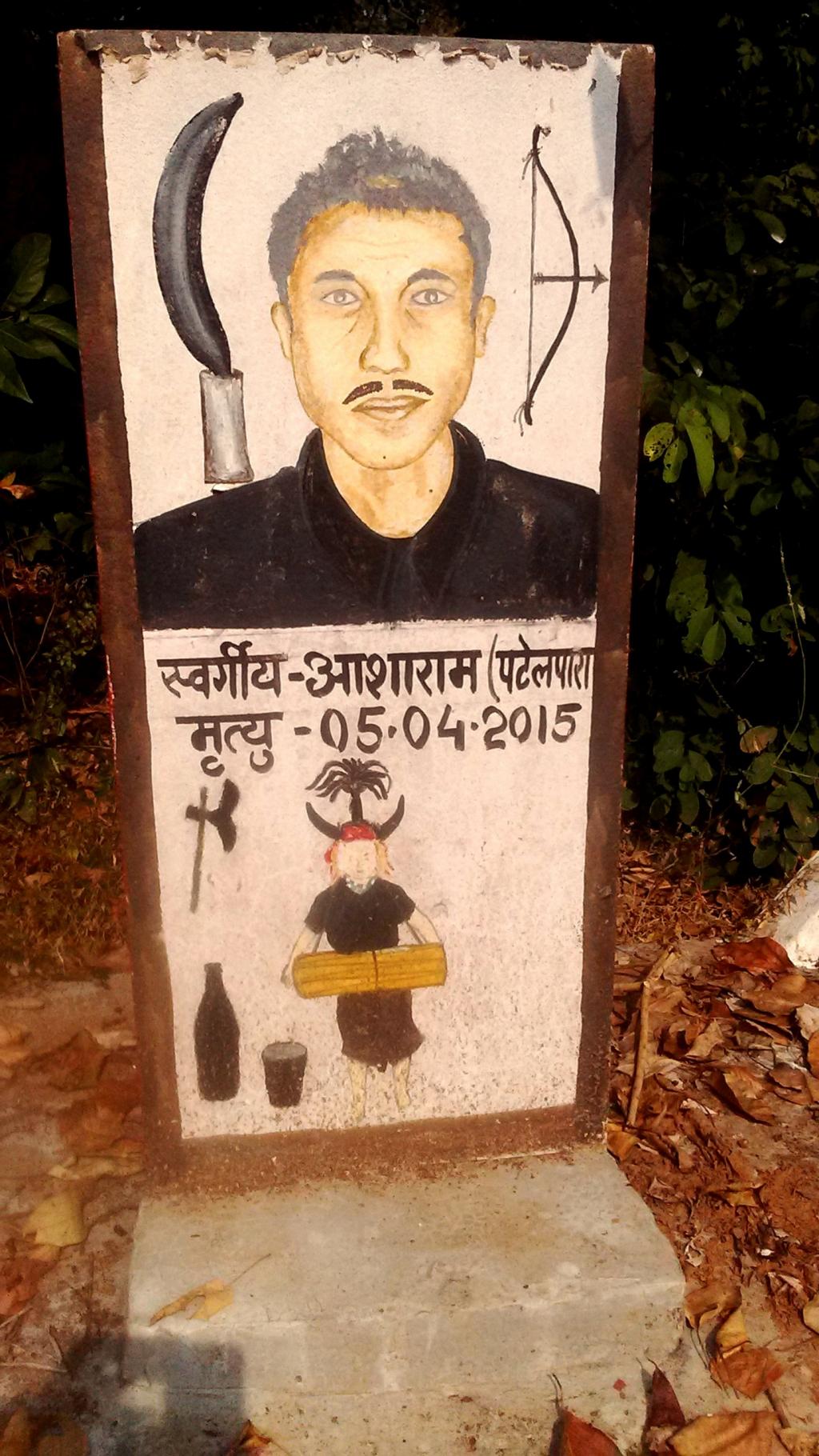 The conflict in the Bastar region is also a conflict of resource rights. For years people in this region knew that the resource beneath their land is of someone else: sometimes the state, sometimes the mining corporation. They felt alienated, suffered unequal development and fought for their rights.

Finally, the government has recognised the right of the people over resources. To this effect, in March 2015, Parliament passed an Amendment to the Central mining law, the Mines and Minerals (Development and Regulation) Act of 1957. One of the key provisions of the amendments is the institution of District Mineral Foundation (DMF), a non-profit Trust, to be developed in all mining districts of India. DMFs are meant as a vehicle for ensuring that the benefits of mining are shared with the people of the region.

They must address crucial human development factors such as nutrition, healthcare, clean water, sanitation, education. Mining companies will have to give DMF a share of the royalty they pay to the state government.

Local festivals: Celebrations are typically oriented around nature and harvest, such as pane pandum (before sowing paddy seeds in May and giving thanks for the new crops in November) and gadi pandum (before picking the mahua flower).