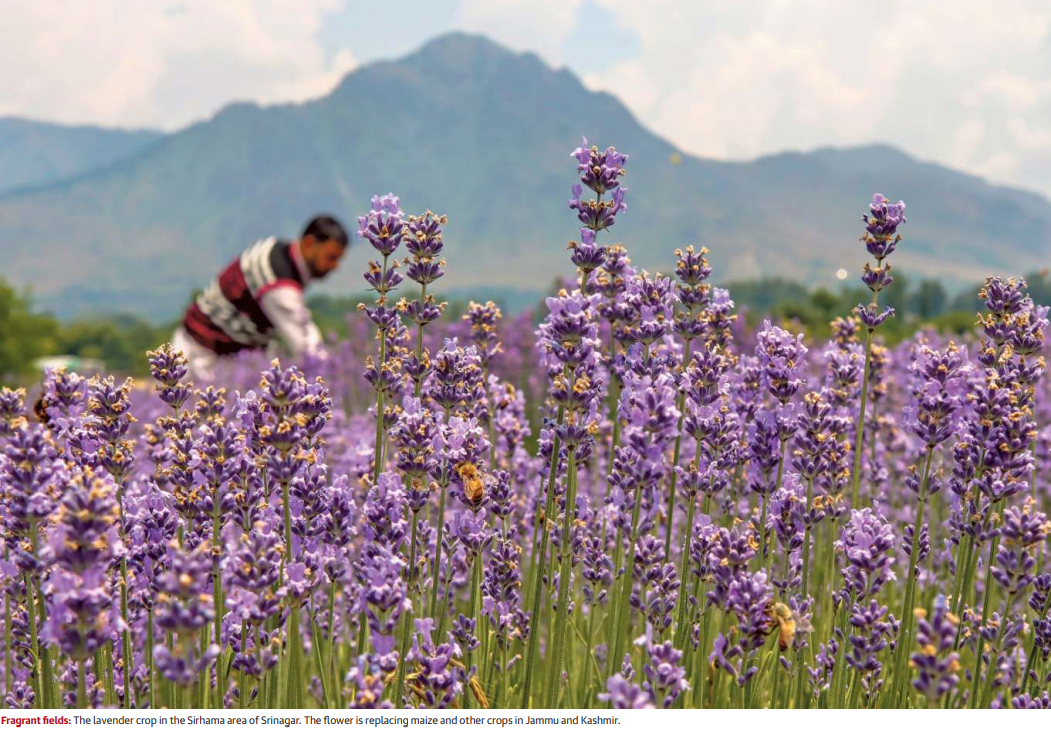 Context:- The lavender crop is changing the landscape and improving farm incomes in Kashmir.

Kashmir is moving towards “purple revolution” as the farmers are slowly switching over from the traditional crops to more rewarding farming of lavender, a purple blossomed aromatic shrub. Since 2007 onwards, lavender farming has been introduced in Kashmir and parts of Jammu. It is now picking up revolutionary proportions