Culture-Discoveries that changed India’s Past !!! 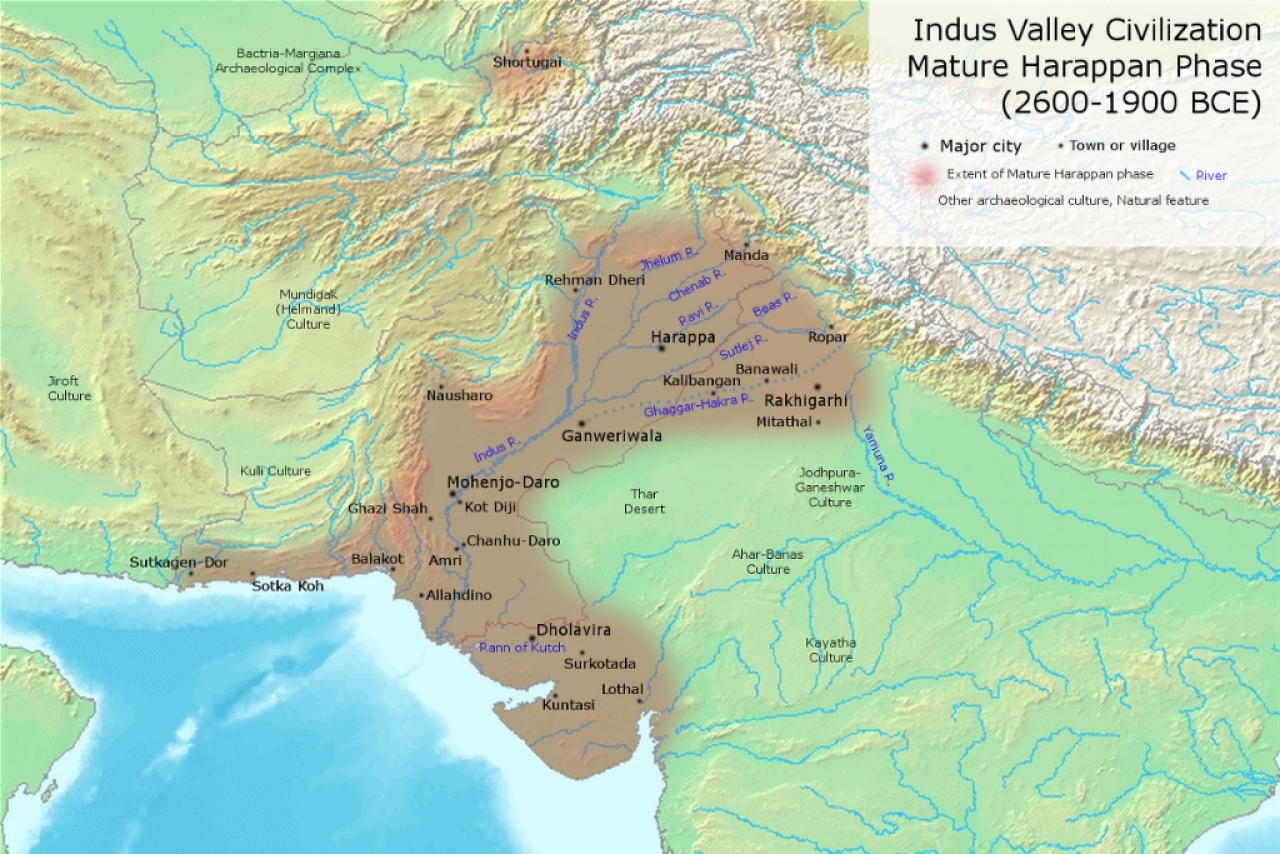 The discovery of the cities of Mohenjo-daro and Harappa in the early twentieth century, was the greatest archaeological feat in Indian History. It not only brought an ancient civilisation to light, but also pushed the antiquity of India back by several millennia. However, there were other discoveries, prior to the excavation of Harappan civilisation, which changed the way Indian history was perceived. These discoveries were results of scholarship, imperial rivalries and chance encounters. Together, these discoveries extended the influence of ancient India, far beyond its territories.

One of the earliest such discovery was the Periplus of the Erythraean Sea. The document has been around since 1533, as a translation of an earlier manuscript. However, in 1800, William Vincent, the Dean of Westminster, published the translation of the Periplus, with his commentary and historically corroborated date of the document. The Periplus is now believed to have written in the middle of first century by a sailor or a merchant, as a first-hand account.

The document records direct trade relations between Roman Egypt and India. At the time of its writing, the trade from ports of Egypt was conducted by up to 120 ships every year, setting sail to India, following the monsoon winds. Barygaza (modern Bharuch in Gujarat) and Muziris (in modern Kerala) feature prominently in the Periplus. The recent discovery of the port of Muziris, mentioned in the Periplus, in Kodungallur, corroborates the records. Large hordes of Roman coins have been found in various places in Kerala and as far away as in Tamil Nadu, suggesting brisk Roman trade with India. The Periplusapart from telling us about a direct trade route between India and Egypt, also suggests that India was a major international export hub since early centuries of the Common Era. The need to lower the cost of imports, made the Romans, study the monsoon patterns, bypass the Arab intermediaries and establish direct trade contacts with the Indians.

The Zero And Ancient Mathematics

The second discovery was the Bakhshali manuscript. It was found in 1881, in the village of Bakhshali, Mardan (modern Pakistan). The manuscript was discovered by a villager while he was digging a stone enclosure. Along with the manuscript he also discovered an earthen lamp, a pencil and an earthen pot with perforated bottom. Having no formal training in archaeological excavation, much of the manuscript was lost while the villager pulled it out, from the enclosure. It was handed over to the assistant commissioner of Mardan and it eventually reached the Oxford University in 1902. The manuscript is written in Sharada script and deals in mathematical subjects like algebra, geometry and mensuration. However, the most important discovery in the manuscript was the use of zero as a number.

Until recently, it was believed that the first recorded evidence of use of zero dated back to mid ninth century in a temple in Gwalior. The Bakhshali manuscript was not dated until 2017. Scholars debated the date of its writing and assigned it a date between third and twelfth centuries, with most Western scholars favouring a later date. The zero in the manuscript is represented by a single dot. While rest of the world now uses the modern symbol for zero, the Arabs still use the dot. This is probably because the Arabs borrowed the Indic numerals when zero in India was still represented by a single dot. The Oxford University, after more than a century of acquiring it, decided to carbon date the manuscript, in 2017. It was found that the earliest dates of recorded zero now go back to the third century. This has pushed back the use of zero by almost 500 years than previously thought.

The third discovery was that of the Bower manuscript. Discovered in 1890, in Kucha in Chinese Turkestan (modern Xinjiang), the manuscript was discovered by local treasure hunters. They sold it to a local haji, Ghulam Qadir. He in turn sold a part of it to a British Lieutenant, Hamilton Bower. The manuscript, written in late Brahmi script, was a Sanskrit text on Ayurveda, divination and incantation. Based on the language and script, the manuscript was dated to the Gupta Age. More than the contents of the manuscript, it was the location that baffled the historians. Not much was known about Chinese Turkestan back in 1890 and no one knew that it was a major oasis on the ancient Silk Road. Finding an Indian text, deep in the Taklamakan desert was a proof that ancient India had flourishing trade and cultural contacts with China. This was the first time that hard evidence was available on India’s influence beyond the Karakoram. The discovery and translation of Bower’s manuscript, as it came to be known, was path breaking. It led to a race among the major European powers to collect antiquities from Central Asia and more evidence of Indian influence by means of trade and dispersal of Buddhism came to the fore.

The fourth discovery is recent, but had significant impact on dating of the ancient history of India. In 1993, Afghanistan was fighting a bitter civil war, following the Russian withdrawal. A mujahideen, while digging a trench, in a village called Rabatak, discovered a stone slab with inscriptions. In a war torn country, where rival camps were trying to establish an Islamic state, taking care of the antiquities was not a priority. However, the slab, somehow reached the local commander, Sayyidjaffar Nadiri. He asked a British aid worker to take a video of the slab and send it to London. The video reached Professor Nicholas Sims-Williams at the British Museum and he did the first translation. However, parts of it could not be translated since the professor has not seen the actual inscription. While the inscription was lying at the commander’s house, fighting intensified and his house was sacked. No one knew where the inscription was.

In 2000, Dr Jonathan Lee, a specialist in Afghan history, who had seen the inscription on a previous occasion, returned to Afghanistan. He wanted to find the inscription and give it another read. However, between his last visit and year 2000, much had changed. The mujahideen were no longer tolerant of pre-Islamic antiquities. In the very next year the Bamyan Buddha would be destroyed by the Taliban. Upon inquiry, Dr Lee was given multiple versions of what could have happened to the inscription, including it been sold off in London. However, it was eventually found in a depot of the Department of Mines, in Pul-i-Khumri. Upon its full reading the correct genealogy of the Kushans were established and correct dates were assigned to their rule.

The inscription gives some valuable information on the administration of the Kushans. After settling down, the Kushans discontinued Greek and adopted Bactrian as their administrative language. Kanishka, in whose name the inscription is issued, invokes Persian, Indian and local Bactrian gods, to establish his credentials as a son of the soil. He also gives the chronological detail of his lineage, thus settling the debate around Kushan chronology. We also see the Persian influence of assigning grand titles to kings, in the inscription. Kanishka calls himself, “king of kings”, a translation of pre-Islamic Persian term, Shahenshah.

Together, these discoveries contributed in enriching the ancient Indian history. In some cases, like that of the Bower Manuscript, they also changed the history of far off places. It was the discovery of the Bower Manuscript that led to further discoveries in the Taklamakan, which eventually recreated the ancient trade route, now known as the Silk Road. The manuscripts in China, Buddhism in Japan, Indian Cinnamon in Exodus (30:23) and the Hindu/Buddhist kingdoms of Southeast Asia, all tell us a story. That India in the ancient time was the commercial and cultural hub of the then known world. The modern equivalent being the United States. But unlike US, ancient India commanded power and respect based entirely on its soft power.