The government recently launched the horticulture Cluster Development Programme (CDP) in order to promote the export of horticultural produce, identifying 12 out of a total of 53 clusters for implementation in a pilot phase. 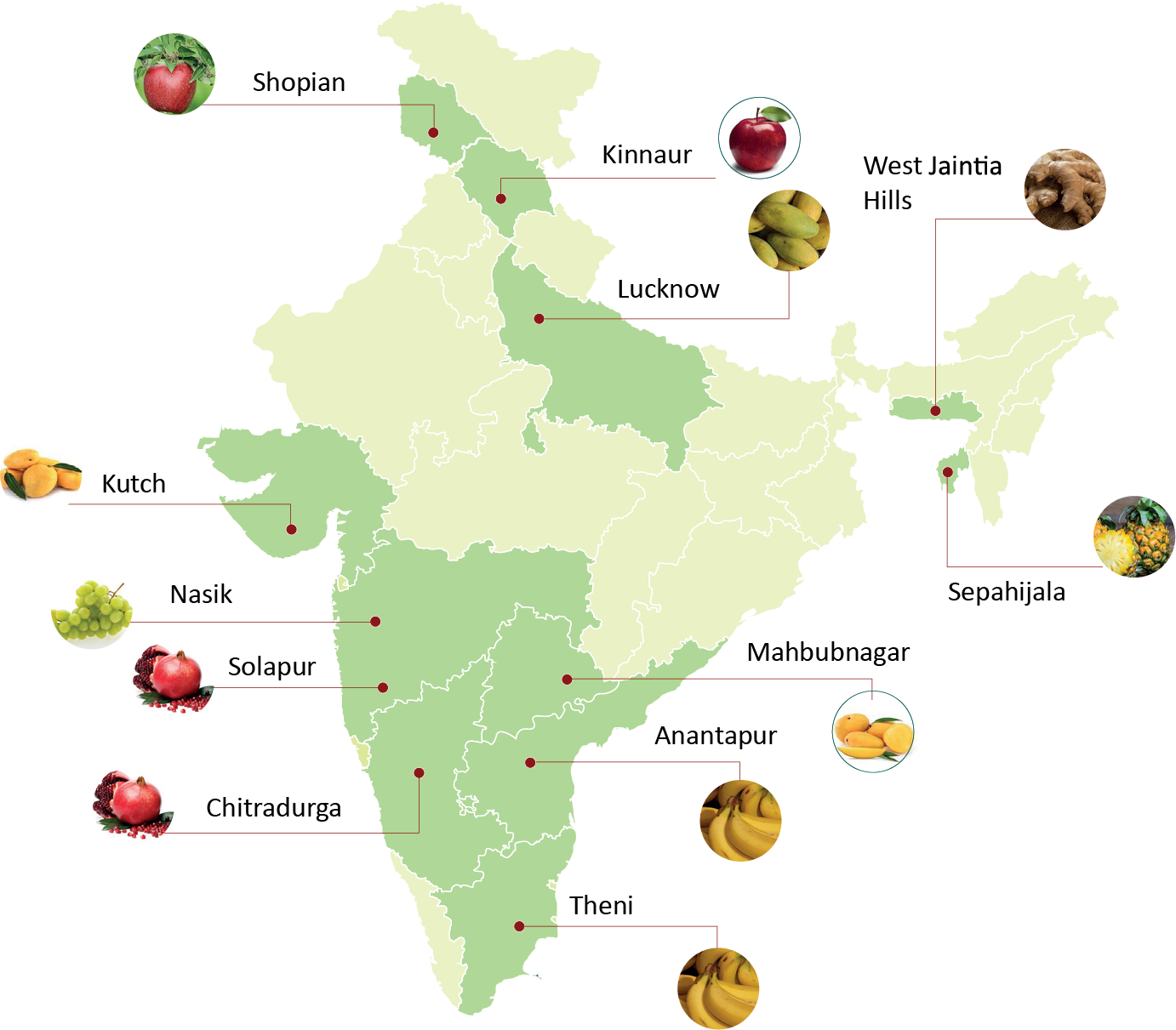 Where is the growth coming from, or where are the horticulture hotspots in India?

An analysis of state-wise production figures shows that three states- Maharashtra, Andhra Pradesh and Uttar Pradesh-grew nearly a third of all fruits in India.

Where is India’s flower basket?

The story in all of this is that Indian agriculture has moved beyond the green revolution states of Punjab, Haryana and western Uttar Pradesh—India’s foodgrain basket. Also, horticulture production is spread out across states, except for, among others, apples in Jammu & Kashmir and grapes and in Maharashtra. This means that small farmers across the country are sharing the gains of horticulture’s success. Question:- Discuss the Horticulture Cluster Development Program of India and the hot-spots of horticulture in India. Do you think it will aid in achieving the vision of “Doubling Farmer’s Income by 2022” ?