The key findings from the National Family Health Survey-5 (NFHS-5) of selected states have reminded us that India is facing a crisis of poor nutrition outcomes. 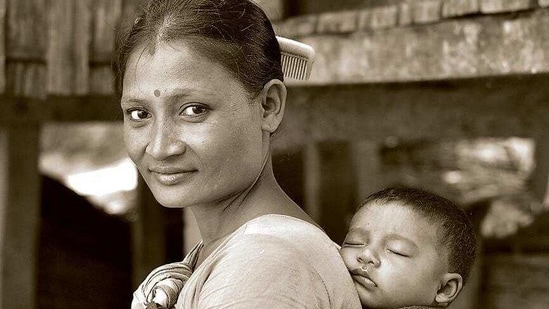 Prevalence of stunting among children has remained stagnant or increased in most of these states. The appalling under-nourishment of children reflects poor maternal nutrition, widespread anaemia and insufficient breastfeeding. Anaemia among women also remains very high and has, in fact, increased in several states.

Clearly, there is an urgent need to boost maternal well-being through comprehensive maternity protection, including health services, supplementary nutrition and wage compensation for the period during late pregnancy, childbirth and exclusive breastfeeding. The existing arrangements for maternity entitlements are inadequate as the Maternity Benefit Act (2017) addresses only those women who work in establishments with 10 or more workers.

The Periodic Labour Force Surveys (2019) show that labour force participation rates among women aged 15 and above is only 25% and among them only 12% work in such establishments. For all other women, the only maternity entitlement available is through the Pradhan Mantri Matru Vandana Yojana, a cash transfer scheme of only ₹5,000, grossly under-budgeted, and barely addressing 25% of pregnant women.

Women in agriculture, scheme workers such as anganwadi workers and ASHAs, street vendors and domestic workers are not even included in the Act. There was a possibility for addressing these lacunae in the Code on Social Security (2020) for which rules are being drafted. Unfortunately, this Code has missed the opportunity for creating a framework for universal maternity entitlements.

The Code and the draft rules are exclusionary in the provisions for maternity benefits, which are a cut-and-paste from the Maternity Benefit Act, 2017, where only women who are in formal employment are eligible. The Code specifies that to be entitled for a maternity benefit, a woman should have worked in an establishment for a period of at least 80 days in the 12 months preceding her expected date of delivery, which makes it further difficult to avail the benefit given the precarity of work.

The Code is further discriminatory towards women with more than two children and deprives the third or later child of the care and breastfeeding from their mother as she would get only 12 weeks leave instead of the recommended period of six months (World Health Organization). The maternity benefits are also limited to only three months in the case of adoptive and surrogate mothers. In fact, maternity benefits should be gender neutral as “parental benefit”, since sometimes men may need to care for the child, or the adoptive parent may not be a woman/mother.

Even for women who are eligible, the onerous documentation requirements as laid out in the draft rules include a certificate from a medical officer and a notice to the employer, as well as making submission of Aadhaar details mandatory for unorganised sector workers, and digital application is the norm. This puts an unnecessary burden on the pregnant woman. It would be simpler to rely on the registration of pregnancy with the health department or the Integrated Child Development Services, by just adding a column in the Mother and Child Protection Card, which can be the document used to make her automatically eligible for the payment of a maternity benefit.

While the amended Maternity Benefit Act as well as the Code specify that establishments that have 50 employees shall have a creche facility, the draft rules dilute this provision by stating that “in every establishment where fifty or more women employees are ordinarily employed”. This not only reduces the availability of these facilities of children, but it is likely to make employers reluctant about employing more women. In reality, what was required was expanding the creche provision to all children with a locality-based arrangement that permit the mother to go and breastfeed close to the workplace.

Given the fragile nature of social protection for these working women, all provision of maternity protection should be universally applicable to all working women regardless of the consistency or duration of work and independent of their current status of employment. If we recognise that maternity protection is essential to ensure that women have enough to eat, can rest and breastfeed the baby, and to improving the nutrition indicators, India must make it a universal entitlement.

The coverage of the maternity should neither be establishment-specific nor should it depend on the number of children. In fact, we would be penalising women for no fault of theirs, since during the pandemic and lockdown, lakhs of women went through unwanted pregnancy with no access to contraception or abortion services. Maternity benefits should be a right of all workers regardless of their employment status, or the number of children.