WCRP was established in 1980 under the joint sponsorship of the International Council for Science (ICSU) and the World Meteorological Organization (WMO). In 1993 the of UNESCO also Intergovernmental Oceanographic Commission (IOC) became a sponsor. It helps IPCC in data analytics and modelling.

WCRP has made enormous contributions to advancing climate science over the past 30+ years. As a result of WCRP efforts, it is now possible for climate scientists to monitor, simulate and project global climate with unprecedented accuracy, and provide climate information for use in governance, decision-making and in support of a wide range of practical end-user applications.

In 2015, Agreement was signed between Indian Institute of Tropical Meteorology (ESSO-IITM), an autonomous organization under the Earth System Science Organization (ESSO), Ministry of Earth Sciences and World Climate Research Program (WCRP), Geneva for setting up of an International Climate Variability and Predictability (CLIVAR) Monsoon Project Office (ICMPO) at ESSO-IITM in Pune.

The ICMPO at ESSO-IITM Pune will be responsible for implementation of (i) intra-seasonal, seasonal and inter-annual variability and predictability of Monsoon systems, in close cooperation with relevant WCRP activities and (ii) development of a CLIVAR “Research Opportunity” on links between the Monsoons and the cryosphere.

ESSO-IITM is a premiere research Institute generating scientific knowledge in the field of meteorology and atmospheric sciences that has potential application in various fields such as agriculture, economics, health, water resources, transportation, communications, etc. It functions as a national centre for basic and applied research in Monsoon meteorology.

The main foci of WCRP research are:

The organizational structure consists of:

In addition, WCRP has the following major projects:

Coordinated Regional Climate Downscaling Experiment (CORDEX): The CORDEX vision is to advance and coordinate the science and application of regional climate downscaling through global partnerships.

The WCRP Grand Challenges represent areas of emphasis in scientific research, modelling, analysis and observations for WCRP and its affiliate projects in the coming decade. They were developed by the WCRP Joint Scientific Committee (JSC) through consultation with WCRP sponsors, stakeholders and affiliate networks of scientists. WCRP promotes the Grand Challenges through community-organized workshops, conferences and strategic planning meetings to identify exciting and high-priority research that requires international partnership and coordination, and that yields “actionable information” for decision makers.

The Current Grand Challenges are: 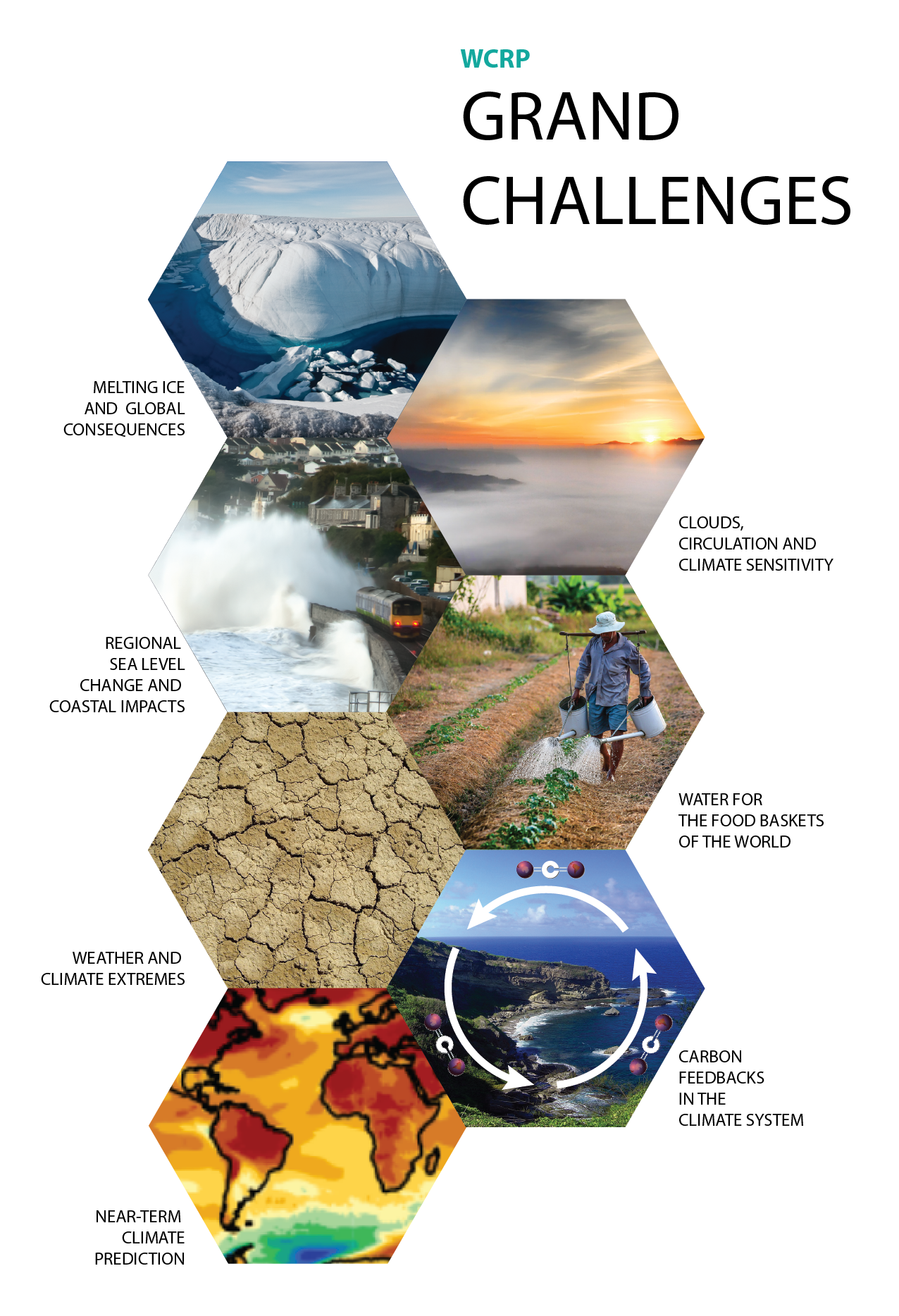 The current Grand Challenges are: