The IISS Asia Security Summit: The Shangri-La Dialogue (SLD) is a “Track One” inter-governmental security forum held annually by an independent think tank, the International Institute for Strategic Studies (IISS) which is attended by defense ministers, permanent heads of ministries and military chiefs of 28 Asia-Pacific states. The forum gets its name from the Shangri-La Hotel in Singapore where it has been held since 2002.

The summit serves to cultivate a sense of community among the most important policymakers in the defence and security community in the region. Government delegations have made the best out of the meeting by holding bilateral meetings with other delegations on the sidelines of the conference. While primarily an inter-governmental meeting, the summit is also attended by legislators, academic experts, distinguished journalists and business delegates. 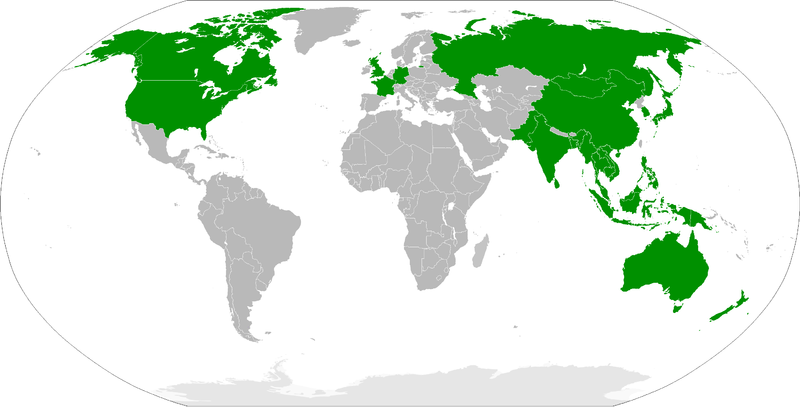 The International Institute for Strategic Studies (IISS) is a British research institute (or think tank) in the area of international affairs. Since 1997 its headquarters have been Arundel House, in London. The 2013 Global Go To Think Tank Index ranked IISS as the ninth best think tank worldwide

Founded in 1958, with its original focus nuclear deterrence and arms control, the IISS has strong establishment links, with former US and British government officials among its members. The institute claims that it “was hugely influential in setting the intellectual structures for managing the Cold War.”

The primary interest to delegates attending this year is China’s assertive activities in the South China Sea as it continues to gobble up islets and challenge the passage of US Navy ships and aircraft through the area.

The summit also serves as the last regional security meeting before an expected ruling by the Permanent Court of Arbitration at The Hague on challenges by the Philippines to China’s claims to most of the South China Sea, an area roughly the size of India. A ruling is expected by the end of the summer, but China has already stated it does not recognize the court’s jurisdiction.

China and the US have sent large delegations to the summit this year. US Secretary of Defense Ash Carter will give the first speech at the opening of the summit. Expectations are high that Carter will contest China’s claims to the South China Sea and challenges to US military vessels and aircraft through the area.

There is debate at the summit among delegates as to whether China is planning the creation of an air defense identification zone (ADIZ) for the South China Sea, which would further complicate the activity of US military aircraft patrolling the area. China created an ADIZ for the East China Sea in November 2013 and included the Japanese administered Senkaku Islets, which Beijing claims as sovereign territory.

Carter’s views are expected to be challenged by Chinese military and semi-official delegates attending the summit, but China’s delegation leader, Adm. Sun Jianguo, deputy chief, Joint State Department, Central Military Commission, will not speak until the third day on the challenges of conflict resolution.

A US Pentagon adviser said China is seeking to improve its crisis management skills to avoid another tragedy, such as the one in 2001 involving the collision of a Chinese fighter aircraft and a US military EP-3 Aries surveillance aircraft near Hainan Island.

However, during the first day, Manohar Parrikar, India’s Defense Minister, and Gen Nakatani, Japan’s Minister of Defense, will speak immediately after Carter’s opening speech. Both India and Japan have been challenged by China over territorial claims and assertive behavior, which have raised concerns that China’s military modernization effort is more than just defensive in nature.