On October 26, 1947, Maharaja Hari Singh of Jammu and Kashmir signed the Instrument of Accession with India, thereby ending the intense angling for that princely state by rival players India and Pakistan. The prelude to it was an intricate maze of bureaucratic jostling, uncertainty, simulation of friendship by vested parties, indecision, and finally a tribal raid.

Karan Singh, the Maharaja’s son and then the heir apparent of J&K, framed it thus: “Death and destruction were fast approaching Srinagar, our smug world had collapsed around us….”

After the British left the Indian subcontinent on August 14, 1947, the princely state of J&K had remained independent for 73 days. Maharaja Hari Singh was already in the thick of internal disturbances, with multiple uprisings against his Dogra reign, most notably in 1865, 1924, and 1931. 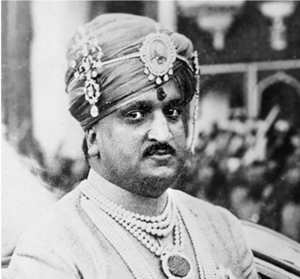 On August 12, 1947, J&K petitioned India and Pakistan for a standstill agreement, which Pakistan signed but India refused, asking the Maharaja to send a representative for discussions.

With every passing day, the Maharaja’s position became more precarious. As early as June 1947, about 60,000 ex-army men (mostly from Poonch) had started a no-tax campaign against the Maharaja.

On August 14-15, Muslims in Poonch hoisted Pakistani flags, provoking the imposition of martial law and further angering Muslim subjects. Pakistan was sending warning notes to the Maharaja, one on August 24 reading: “Should Kashmir fail to join Pakistan, the gravest possible trouble will inevitably ensue.”

The worst fears of the Dogra ruler came true when on October 22, Pakistan launched Operation Gulmarg by mobilising tribals from the North-West Frontier Province.

About 2,000 tribesmen, armed with modern weaponry, raided Muzaffarabad. By the evening of October 23 they had captured Domel. Garhi and Chinari fell over the next two days. Then their main column proceeded towards Uri, and then, along the Jhelum River towards Baramulla, the entry point to Srinagar.

On October 24, Maharaja Hari Singh appealed to India for military aid to flush out the raiders. India obliged but not before the Instrument of Accession was signed on October 26. It limited India’s powers over the Valley to matters of defence, communications, and foreign affairs.