[Agriculture] Independent India @ 75: It has taken a lot to be food-secure 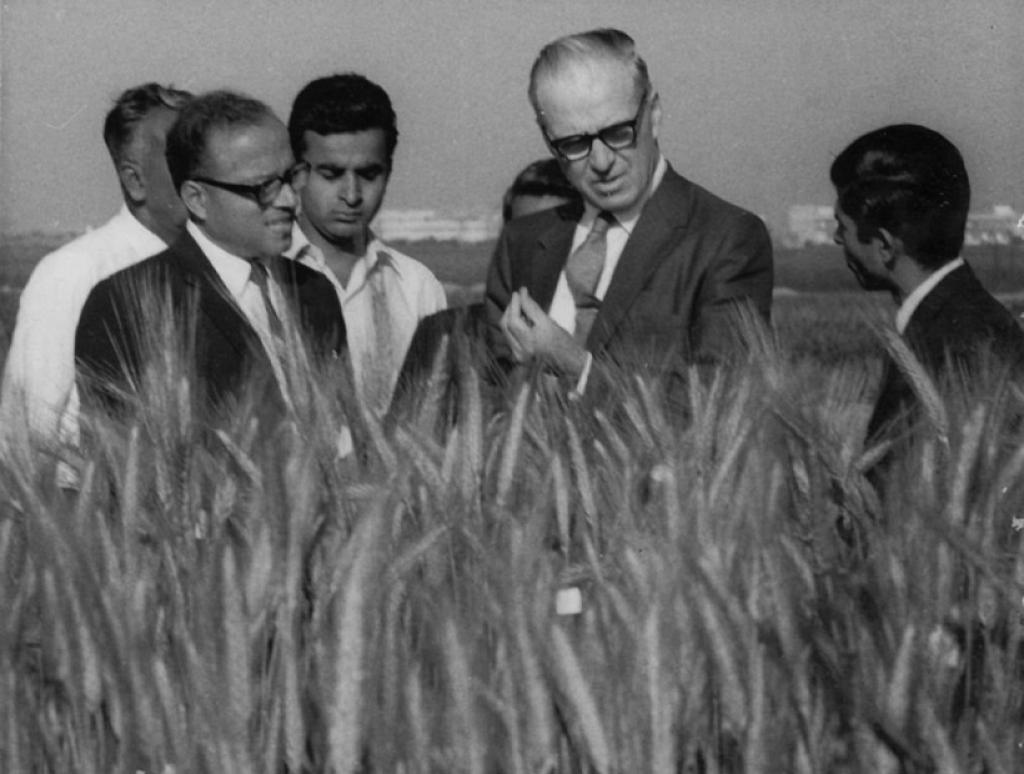 One of the important indicators of economic independence is self-sufficiency in food grain production.

The overall food grain scenario in India has undergone a drastic transformation in the last 75 years.

India was a food-deficit country on the eve of Independence. It had to import foodgrains to feed its people.

The situation became more acute during the 1960s. The imported food had to be sent to households within the shortest possible time.

The situation was referred to as ‘ship to mouth’.

Presently, Food Corporation of India (FCI) godowns are overflowing with food grain stocks and the Union government is unable to ensure remunerative price to the farmers for their produce.

This transformation, however, was not smooth.

In the 1960s, it was disgraceful, but unavoidable for the Prime Minister of India to go to foreign countries with a begging bowl.

As a result, high-yield varieties (HYV) were developed. The combination of seeds, water and fertiliser gave a boost to food grain production in the country which is generally referred to as the Green Revolution.

Green Revolution was not Green across India

The impact of the Green Revolution, however, was confined to a few areas like Punjab, Haryana, western Uttar Pradesh in the north and (unified) Andhra Pradesh in the south.

Most of the remaining areas were deficit in food grain production.

Therefore the Union government had to procure food grain from surplus states to distribute it among deficit ones.

At the time, farmers in the surplus states viewed procurement as a tax as they were prevented from selling their surplus foodgrains at high prices in the deficit states.

As production of food grains increased, there was decentralisation of procurement. State governments were permitted to procure grain to meet their requirement.

The distribution of food grains was left to the concerned state governments.

Kerala, for instance, was totally a deficit state and had to adopt a distribution policy which was almost universal in nature.

It is not out of place to narrate an interesting incident regarding food grain distribution in Andhra Pradesh. The Government of Andhra Pradesh in the early 1980s implemented a highly subsidised rice scheme under which poor households were given five kilograms of rice per person per month, subject to a ceiling of 25 kilograms at Rs 2 per kg. The state government required two million tonnes of rice to implement the scheme. But it received only on one million tonne from the Union government.

The state government had to purchase another million tonne of rice from rice millers in the state at a negotiated price, which was higher than the procurement price offered by the Centre, but lower than the open market price.

A large number of studies have revealed that many poor households have been excluded from the PDS network, while many undeserving households have managed to get benefits from it.

Various policy measures have been implemented to streamline PDS. A revamped PDS was introduced in 1992 to make food grain easily accessible to people in tribal and hilly areas, by providing relatively higher subsidies.

Targeted PDS was launched in 1997 to focus on households below the poverty line (BPL).

Antyodaya Anna Yojana (AAY) was introduced to cover the poorest of the poor.

Annapoorna Scheme was introduced in 2001 to distribute 10 kg of food grains free of cost to destitutes above the age of 65 years.

In 2013, the National Food Security Act (NFSA) was passed by Parliament to expand and legalise the entitlement.

One Nation One Ration Card

These problems do not exist once ration cards become smart cards. A card holder can go to any shop which is open and has available stocks. In short, the scheme has become card holder-friendly and curbed the monopoly power of the FPS dealer. Some states other than Chhattisgarh are also trying to introduce such a scheme on an experimental basis.

More recently, the Government of India has introduced a scheme called ‘One Nation One Ration Card’ which enables migrant labourers to purchase  rations from the place where they reside. In August 2021, it was operational in 34 states and Union territories.

The intentions of the scheme are good but there are some hurdles in its implementation which need to be addressed. These problems arise on account of variation in:

It is not clear whether a migrant labourer gets items provided in his/her native state or those in the state s/he has migrated to and what prices will s/he be able to purchase them.

The Centre must learn lessons from the experiences of different countries in order to make PDS sustainable in the long-run.

For instance, Sri Lanka recently shifted to organic manure from chemical fertiliser without required planning. Consequently, it had to face an acute food shortage due to a shortage of organic manure.

Some analysts have cautioned against excessive dependence on chemical fertiliser.

Phosphorus is an important input in the production of chemical fertiliser and about 70-80 per cent of known resources of phosphorus are available only in Morocco.

There is possibility that Morocco may manipulate the price of phosphorus.

Providing excessive subsidies and unemployment relief may make people dependent, as in the case of Venezuela and Zimbabwe.

It is better to teach a person how to catch a fish rather than give free fish to him / her.

Hence, the government should give the right amount of subsidy to deserving people.

The government has to increase livestock as in the case of Uruguay to make the food basket broad-based and nutritious. It has to see to it that the organic content in the soil is adequate, in order to make cultivation environmentally-friendly and sustainable in the long-run.

In short, India has transformed from a food-deficit state to a food-surplus one 75 years after independence. However, the government must adopt environmental-friendly measures to sustain this achievement.